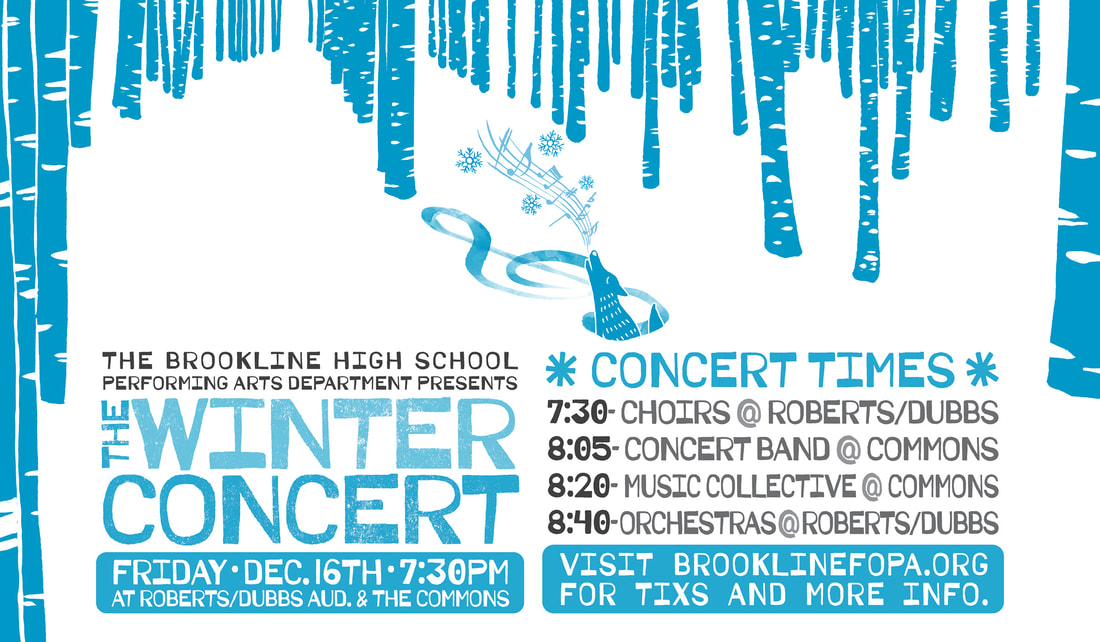 La Mourisque
Tielman Susato was a prolific Renaissance musician. His life was not well documented, so not much was known about him. He was born around 1510/1515, and died sometime after 1570. There isn’t any recording of his early life, but his name first appears in Antwerp archives around 1530. He worked as an instrumentalist and composer. Susato started a music publishing house in his hometown of Antwerp, Belgium in 1543. This enabled many people in that area to publish their music, rather than having to travel to larger countries like France, Italy, and Germany where publishing houses were mainly located. Susato was very famous, writing many masses and motets. He also wrote two whole books of chansons, a style of French, lyric driven song. What made these different is that they were for two or three young and inexperienced voices. In 1551 he published Het Derde Musyck Boexken, in which La Mourisque was featured.
-Claude Carrick


“Nimrod” from Enigma Variations
Elgar’s Enigma Variations are a set of fourteen variations on an original theme. Each variation is a musical depiction of an individual from Elgar’s inner circle. The principal theme never appears within the work, it is a musical riddle which has yet to be conclusively solved. Elgar wrote “it's 'dark saying' must be left unguessed.” “Nimrod,” the ninth variation, represents Augustus J. Jaeger, Elgar’s editor and music publisher at Novello in London. Nimrod is a hunter of the Old Testament; jäger is German for hunter. “Nimrod” is a tribute to Jaeger’s support and friendship. Elgar contemplated quitting music in periods of depression, and Augistus visited him and encouraged him to persevere in spite of setbacks. This moving theme is associated with solemnity, it is performed for The National Service of Remembrance in the UK, for memorials, media, and Olympic events, however the ultimate meaning resides in the heart of each individual listener.
-Nina Bishop


“Mice on Venus” from Minecraft
Composed in 2011 by Daniel “C418” Rosenfeld, “Mice on Venus” was released as a piece from Volume Alpha, the first official soundtrack to the popular adventure video game Minecraft. The piece and its title draw inspiration from Mouse on Mars, a German duo who actively created experimental music in the late ‘90s and early ‘00s, which is evident in the piece’s fast-paced and vibrant second half. (Rosenfeld’s fascination with the duo’s music eventually guided the sound of the album, as a whole.) Yet, the piece still retains the minimalism of Rosenfeld’s other work, creating an ambience of leisure and serenity. Though originally intended to be little more than a piano solo, Rosenfeld wrote an accompanying addendum following the soundtrack’s popularity. With said addendum (which brought the song’s length to slightly under 5 minutes), the song attracted the attention of several other musicians, including Daniel Mendoza, who arranged it as the orchestral piece being performed tonight. Rosenfeld’s repertoire also includes writing and producing the theme for Beyond Stranger Things and the soundtrack of Cookie Clicker.
-Ravin Bhatia


Bologne Symphony No. 1 in G Major
Chevalier de Saint-George, formally known as Joseph Bologne, is well known for his many accomplishments, notably including being one of the earliest known black European composers. Chevalier de Saint-George was born on the Caribbean Island of Guadeloupe on a plantation. He was of mixed race, his mother was an enslaved woman, and his father was a wealthy planter. Chevalier de Saint-George moved to France when he was 8, and trained with the best French fencing trainer of all time. He was considered the best swordsman in France and was known to have lost only one match. He studied music in the orchestra of Francois-Joseph Gossec in 1769 where he played the violin while commencing to compose many works. He conducted his own orchestra in 1773, before it had to close because of financial problems in 1781. He became the director of Le Concert Olympique, which Marie Antoinette attended often. He wrote many operas before the French revolution broke out in 1789. Bologne, colonel of the Franche de Cavalières des Américains, became a war hero, successfully preventing an attack from Austrian forces. He was falsely jailed in 1793 for charges of misusing public funds. After he was let free, he traveled back to Paris in 1797, where he continued his passion for conducting orchestras. The piece we are playing today is his Symphony in G Major.  He was a student when he composed this work, and it is a good representation of an early classical symphony. Each movement has its own personality while still giving a sense of unison. The piece was written originally for two oboes, two horns, and strings, we present a version with strings, piano and harp.
-Cécile van de Velde


Souvenir de Porto Rico
Souvenir de Porto Rico, written by American composer Louis Moreau Gottschalk, is a musical composition for the piano. Gottschalk was best known as a composer, pianist, and virtuoso performer, an individual who possesses outstanding talent in a particular art or field. Though originally from New Orleans, Louisiana, Gottschalk spent most of his working career abroad, sailing to Europe at age 13. Gottschalk would often perform his own piano works, giving thousands of concerts as he traveled the world. Dedicated to the Dutch piano virtuoso and salon music composer Ernest Henry Lubeck, “Souvenir de Porto Rico” is based on the Christmas folk song Si me dan pasteles, denmelos calientes, traditionally performed by Puerto Rican peasants known as Jíbaros. The piece was written in 1857 during Gottschalk’s tour in Puerto Rico upon which he stayed at a sugar plantation in Plazuela. Gottschalk was on vacation with Italian opera singer Adelina Patti and her father. Gottschalk composed a number of pieces, drawing inspiration from the local music styles. “Souvenir de Porto Rico” makes use of Latin-American and Afro-American melodies and rhythms almost fifty years before genres such as ragtime and jazz would popularize its use.
-Bihan Dasgupta


Por una Cabeza
Por Una Cabeza, composed by Carlos Gardel in 1935, is widely considered the most famous tango in the world. Gardel was a French-born Argentine singer, songwriter, composer and actor, and was the most influential composer of tango. He began his career by singing in bars and at private parties, but before long, his talent led to international concerts. In 1928, Gardel toured North America, South America, and Europe, visiting Argentina, Uruguay, Chile, Brazil, Puerto Rico, Venezuela, Colombia, Paris, New York, Barcelona and Madrid. His popular piece, Por Una Cabeza, is named for the Spanish horseracing expression, and translates to "by one head," which describes a horse winning a race by just the length of its head. The mood of Por Una Cabeza is vivid and passionate, transitioning from a composed G major, to the intense G and C minors. The composition has been in many films such as Tango Bar (1935), Scent of a Woman (1992), Schindler's List (1993), True Lies (1994), Frida (2002), Bad Santa (2003), All the King’s Men (2006), and Easy Virtue (2008).
-Annelise Gross


Adoration
Florence Price, a graduate of the New England Conservatory of Music, was the first African American woman to have music performed by a major symphony orchestra in the 20th century. Adoration was published in 1951. The beautiful composition was initially written for the organ, however it has also been arranged for solo instruments and orchestra by composers Jim Gray and Elaine Fine. Florence Price was from Little Rock, Arkansas and taught at several schools in the south, which at the time were segregated. After Price graduated, she returned to her hometown in Little Rock, Arkansas. Price and her family received threats motivated by racial discrimination. Shortly after the discovery of her hometown being unsafe, Price and her husband fled to Chicago where she would focus on composition. Price was very religious and loved spiritual and romantic compositions, which led to the composition of Adoration. Her style is American with southern roots. Adoration was written with the intention of being played in church. The legacy of Adoration continues, which is why we continue to show our appreciation by presenting it to our audiences.
-Angela Price


Hoe-Down
Aaron Copland was best known for composing uniquely American sounding orchestral music, though he wrote music for almost every genre. Copland was born on November 14, 1900, in  New York to a Jewish family. The youngest of five children, Copland took after his mother’s love for music and went on to develop an interest in the piano. After attending a concert by Polish pianist Paderewski, Copland was inspired to become a composer at the age of 15. Copland later decided to go to France, where he spent three years studying under the famous composition teacher Nadia Boulanger. Some of Copland’s most famous pieces include two ballet scores -Rodeo and Appalachian Spring, for which he won the 1945 Pulitzer Prize, A Lincoln Portrait, Fanfare for the Common Man, which played during the American Presidential inaugurations, and his Third Symphony. Rodeo is a celebration of the American West. It takes place at Burnt Ranch, where a cowgirl is competing with other girls for the attention of the local cowboys, especially the head wrangler. The Hoe-Down exists in many versions, one of the most famous being a television commercial for beef. Hoe-down begins vigorously, and Copland quotes two tunes from the 19th century Anglo-American square dance - "Bonaparte" and "McLeod's Reel." After a comeback of the Rodeo theme, “McLeod's Reel” is performed by various solo instruments instead leading to a climax. Copland briefly introduces the Irish theme Gilderoy in the clarinet and oboe. Towards the end, Copland reintroduces “Bonaparte's Retreat” before returning to the Rodeo theme, during which the climactic kiss between the Cowgirl and the Roper occurs. Bonaparte's Retreat is then resumed by the full orchestra, which ends the piece with a grand flourish.
-Ronni Chang

​
Fiddle Faddle
Regarded as “one of the great American masters of light orchestral music,” Leroy Anderson composed Fiddle Faddle as part of his collection of famous short works in the 1940-50s. Anderson, who studied music at the New England Conservatory of Music and Harvard College, was notorious for being both an accomplished pianist and organist. His piece, Fiddle Faddle, consists of an exciting arrangement of string, wind, and brass instruments collectively playing fast-paced notes in D major. Anderson later revealed he drew inspiration for Fiddle Faddle from the classic nursery rhyme, Three Blind Mice, and was influenced by the concept of perpetual motion. The piece was first performed by the Boston Pops Orchestra conducted by Arthur Fiedler in 1947, where it became an instant hit. In addition to Fiddle Faddle, Anderson also composed The Syncopated Clock (1945) and his most famous work, Sleigh Ride (1948).
-Justina Wang

Donate to FoPA and Support the Performing Arts at Brookline High School!